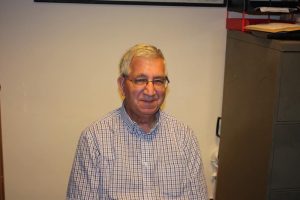 My name is Eric Eaton and I was born on the 6th September 1946.  It’s a funny story because I was actually named after my father whose name was Fred.  I was one of 7 children and I was the middle one and I don’t think they could think of a name for me.  My father worked at Stanton Ironworks at the time as a crane driver and there were that many Fred’s working there that they gave them all different names – so my father’s name was Eric at the Stanton Ironworks.

So that’s why I was named Eric, after my father whose name was Fred.

I was born at Ilkeston Junction, just across the train lines from Cossall Colliery. 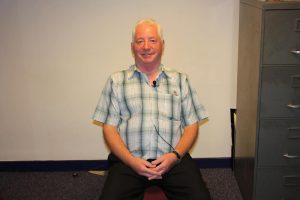 I was born on January 18th 1949 and I am 62 year’s old.  My dad worked in the pits in South Wales, but on a holiday to Nottingham he found out that the pits and the work up here were better than in South Wales.

I was born in Kirkby in Ashfield in someone’s front room.  We lived in what were called digs at that time because nobody could move straight into a house.

We were offered digs in a front room and that was where I was born.

When I was 15, I went to work at Wheatleys as an apprentice joiner but on a visit to Warsop Main I saw the miners coming up after their shift, smiling, laughing and joking. 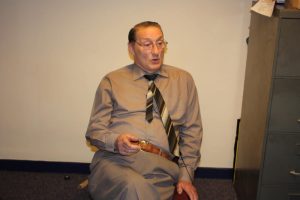 I was born on the 2nd March 1940 in Kirkby and my dad and my mother and me and my twin brother lived at my grandmothers, throughout the war, and whilst I was a child.  I remember my grandad getting ready to go to work and my dad was always on nights so there was always someone coming and going.

And then every now and again, perhaps once a month –

they delivered a ton of coal on the yard and I had to help my grandad or dad and shift the coal and put it in the coal house. 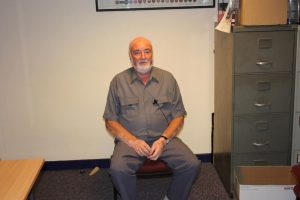 I was born in 13 Byron Street, Newstead Village.  I went to Newstead Primary School.  I lived at Byron Street until I was 22 years of age when I got married.  I left school in April 1953.  I left school on the Friday and I started at Bentinck Training Centre at Bentinck Colliery on the following Monday.  I used to go on my pushbike and I had to take all my clothing on the bike, back and forth from one to the other.  We had to do that for 6 months.  My 1st job at Newstead Colliery was on the screens.

We used to call it “picking batter” in the old days.