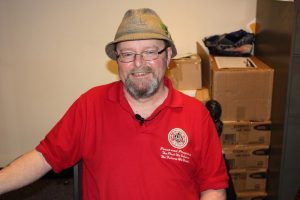 Malcolm said, “I was born in County Durham. My dad was a miner and so were my two brothers and my sister who was Lab Technician.  My dad worked on the face in 2 foot seams in County Durham.

I went to the pit at Ollerton I went to see the Training Officer and had a medical and when I got my papers back they said, “Grade 2, Surface only”.

So I started at the Washeries where I was filling railway trucks full of coal.  In 1977 I went to work on the Rapid Loader where I stayed until the pit shut in 1994.”

Bryan’s family was from “The Potteries”, but he was born in New Ollerton in 1935.  He said, “as soon as I was able, at 15, I started at the Colliery and we started work just before Christmas.

After he had completed his basic training at Crown Farm and he went back to Ollerton he says “The Deputy would say go with him” and you learned your job from the men on the job, and that is how you completed your training. 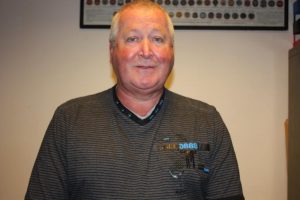 Jimmy was born in a little pit village in Ayrshire in Scotland.  He says, “I was 16 years old when I left school on the Friday and went up the Pennyvienie Pit Yard on the Monday morning and had an interview with the Manager and on the Tuesday I started work at the pit.”

“That’s the way it was in those days – a job for whoever wanted a job.”

Jimmy said that it was all “hand getting” in those days. The first time he saw shearers was when he went to Bevercotes in 1978.

Jimmy says, “it was a big culure shock moving from a tiny pit like Pennyvienie to a deep mine with three times the work force.  But that is what I always liked about mining you could always find comrades you could share the banter with.” 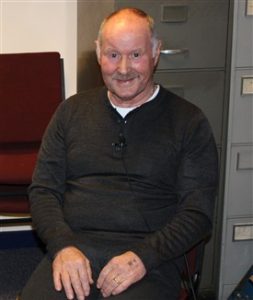 Arthur says, “I was 15 when I left school. All my family worked at the pit. The Union man, Vinny Parkin,  lived next door.  I used to go and listen to them at the ‘stute’, that’s the Institute at the end of the pit lane, when they had meetings.

“Everybody worked at the pit and I wanted to be there with them.”

Arthur said at that time he wanted to be a pony driver. On my 2nd day at work I was told to-

“go with him and fetch a pony” and they gave me this pony called Star and I’ve never been prouder in my life than when I walked out of them stables with that pony.