PEOPLE’S MARCH FOR THE NHS 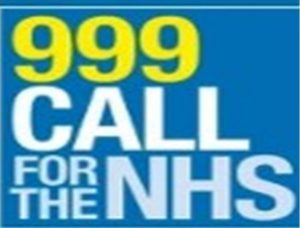 Stop the Sell Off – Keep the NHS Public.  Reverse the privatisation – Repeal the Health and Social Care Act.

This march is from Jarrow to London.    A group of mothers (about 50),with other supporters, are marching.  They want to make sure that Parliament hears their demands, and ours, that the NHS remains in public hands!

In Mansfield there will be a short march and rally in the centre.  We’re asking people to meet up at 4.30 at the Junction of St John’s Street and Westgate to give as much support as we can.

What is the Health and Social Care Act?   This Act removes the responsibility of the government to provide universal healthcare.  It puts the profitable parts of the NHS in private hands, leaving the taxpayer to carry the cost of expensive or complex operations.  If it isn’t repealed soon it will fundamentally undermine the principle of free, universal healthcare for all.