“Mining” the memories of their fathers and grandfathers who worked at the local pits of Shireoaks, Manton, Steetley and Firbeck 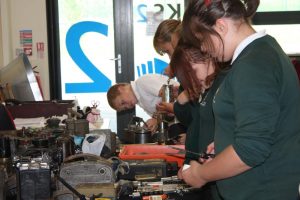 Members of the Notts NUM Ex and Retired Miners Association returned to Ryton Park School, with their Mining Memories Roadshow.

The children got “hands on” with the mining artefacts 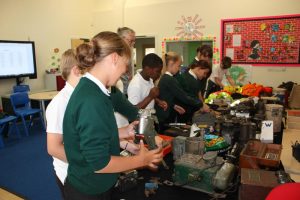 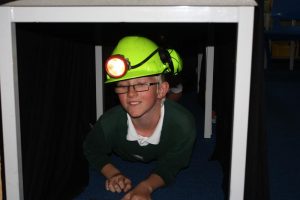 and explored a temporary ‘coal face’. 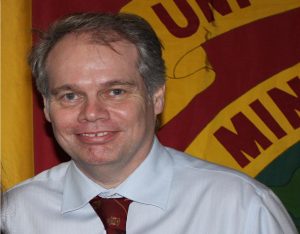 Former Shireoaks and Steetley Colliery Miner, Phil Whitehead, talked to the children about the recent mining history of the local Manton, Shireoaks, Steetley and Firbeck pits.

Phil told the children that, “Shireoaks Colliery was Worksop’s first coal mine.” Correctly described as  “a pioneering enterprise”. 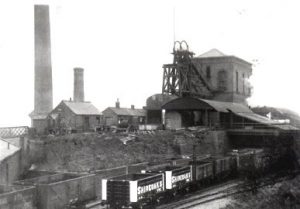 When the Top Hard seam was finally reached,

“two carts ceremoniously carried the first coal raised through Worksop and onto Clumber Park. Their progress was watched by large crowds of people and marked by the ringing of church bells.”

Steetley was a unique, single shaft mine.  It ran on a shoestring, yet generated handsome profits year after year.  It also had a family atmosphere – something that time and again, its workers reminisce about. 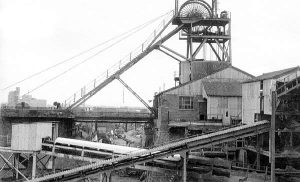 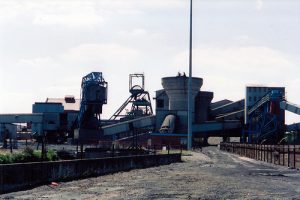 Talking about Manton Pit,  Phil told the children that the pit village was built in the 1920s for the families of miners who came from many parts of the country to find a job.

Many men came from Wigan  there was no public transport so most of the men had to walk over the Pennines with open backed wagons with all their possessions tied on.

As more houses were built, more families came from Durham, Lancashire, Wales and Yorkshire. All the different dialects meant people could not understand each other. To make it worse, the Lancashire folk wore clogs. These made lots of noise in the streets.

If it is of interest to anyone I have in my possession price lists for Manton & firbeck Collieries. Manton list is dated 1910 I think and Firbeck is c1935