Once you turned 18 years of age as a young miner the only thing for me was to be trained up as a Coal Face worker and at most local pits coal face training was encouraged; after all the pits were going to be around for years to come and someone had to take the place of our fathers and Grandfathers getting the coal out. Well I had already been at the pit from 15years of age it was time to be with the men I admired.

Like my dad and granddad I wanted to work on the topmost  job at Newstead Colliery  as they did at Annesley Colliery before me.  The dangers were apparent but the money was a few quid more. Yes the money for a young miner was important and the standing even more so. I for some unknown reason wanted to be one of that contingent that appeared from the Upcast shaft airlock black as soot , cut and bruised, tired but still defiant of King Coal. These for me were the real men and I wanted to be a part of it as well as getting an extra £9 a week on top of my £29.90 as a ganger (haulage worker).

This didn’t come easy as you were required to do 140 days of training; one hundred basic and forty  improvership. This meant wearing a Trainees Yellow helmet again which was a step back in my mining cred, but would be worth it to be a fully fledged collier. While doing coal face training I was under a personal supervisor at all times (well errm nearly). I was learned the different tasks like Stable Hole work using the shovel and borer, and I though the pits were fully mechanized! It was hard work but you got some satisfaction as the last few shovels of coal went on the chain (face conveyor). I was learning all the pit terminology as well and it bought back memories of my dad and his workmates walking down the road from Annesley pit talking about Ripping, Chocks and Fast Ends  etc.

I did my basic training on a coal face called 68’s in the High Main Seam, it was known as a Training Face but was a full production face also.  I realised now when you leave a workplace underground the following shift will come and do your tasks so apart from making your own workplace safe you made it safe for the other shift. Men on the other shift were probably neighbours or even relations in small ‘pit’ villages like Annesley and Newstead.

After the 140 days of close supervision your mining career was still at its beginning. The problems and conditions would come and test you and your workmates day by day. Fortunately the fellowship and camaraderie between colliers was something I had never experienced before.  Soon I had a lot of close friends and even older men would respect you if you were a good worker. It was  strange still as a teenager some men from my Village of Annesley whom I only dare term Mr Fox, Mr Slater and Mr Wakefield as a kid now became workmates known as Pud, Albert and Freddy.  So was the extraordinary scenario of the Pit.

Once I was trained up, back on went the old white helmet to show the rest of the pit I was now a man. The shovel work was hard at times but I couldn’t show any weakness to fellow men and built up the strength to carry it through. As the years went by I learned my trade and as older men retired I became a Chargeman on my job 67’s Loader Gate Stable Hole (nothing to do with horses mind you). I must admit I commanded a fair bit of respect even from more experienced colliers and I took some pride in being a miner. Our coal face team consisted of some older men who learned us our trade well and we often had a drink or two at out of work gatherings like Interdepartmental Games; these included darts, dominoes, snooker  and football and cricket. The Interdepartmental games were between as you have read different departments; ie Fitters , Surveyors, Gangers and individual Coal Faces , 67’s 68’s 42’s etc.

We would muster up a team, no worries for the indoor games but a struggle for the outdoor competitions. The Interdepartmental games were a good distraction from the arduous tasks on the workday and it also bred the comradeship among our team. One minute you are timbering some bad and dangerous work up with a colleague then the next minute you are trying to throw for double top on the dart board for him. It brought us all together. On our face team we had a blend of experienced older men and some younger ones. The elders dominated at Darts and Dominoes and we came to the fore at Football and Cricket; all in all we were a team and we looked after each other. This was a camaraderie that stayed forever among us, something I never expected as I volunteered for Coal face work.

Jokes about the days work were cracked as we played the games and the next day at work we joked about the games  from the night before. One memory was when we played an Interdepartmental cricket match, the older blokes who maybe in their heyday were good at sports , were now a bit out of condition shall we say and not up to date with the modern sports equipment.  I remember some fielding with ordinary leather shoes on and once Derek Brown and Keith ‘Poppit’ Turton wearing ordinary 1960’s style Plimsolls. Derek faced the first ball from an overenthusiastic ‘must win’ fitter and he pitched the ball on his toes, arggh it looked painful from the Pavilion. Derek looked around at us and the Umpire (also a pit man) for sympathy and mumbled something about pit boots but in true collier spirit none was shown. The next ball Derek met it half way down the wicket, they weren’t having his toes again and off it went down to the gardens for a four. One of our older men hitting a young bowler for a ‘four’ raised cheers from all of us  watching and waiting our turn at the wicket but next ball his stumps fell like ninepins and spread all over the crease. Nevertheless a great cheer was given as he returned to the Pavilion and the next man in was Poppit and he learned from Derek’s injury and stood a mile out of his crease, Plimsolls and all. First bowl he was gone.

These nights were discussed while travelling to the coal face the next morning….. then back to work in the dust , heat and danger as a team. Why do we say good old days?

I have many friends from the pit , some are gone and the rest are apart in other fields of work. They took the pits from us but they can’t take the memories 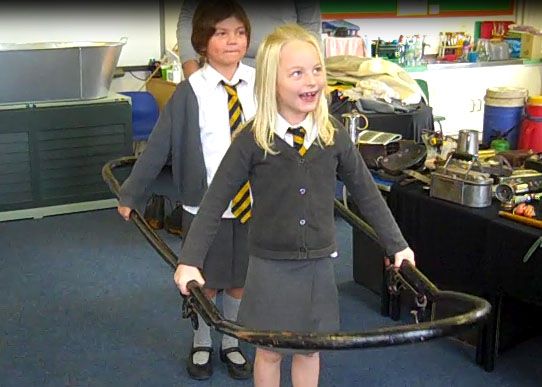 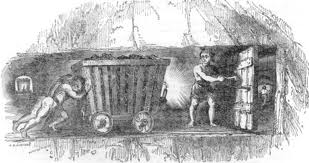