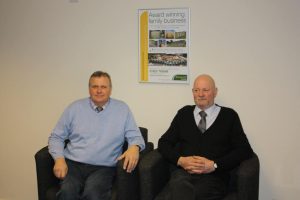 I am Michael Cheesmond and I am 58.  I was born in Durham where my father worked at Dean and Chapter.  We moved down here because the pits were closing in the north.  My father came to Nottinghamshire into the pits.

My name is John, I am the younger brother.  I was born in September 1956.  My father came down here two years before us, in lodgings because the houses weren’t available for the miners from the north and he got a temporary house for two years in Ollerton until the houses were built at Rainworth because he worked at Rufford Colliery; then in 1964 we moved to Rainworth.

My mum’s and dad’s parents worked in the mines, Leasingthorne, so we do come from a mining tradition.  I remember the terraced houses, the outside toilet and they talk about rough winters today but I can remember when we opened the back door and my dad having to dig us a track to the toilet.

Michael speaking – I remember us travelling down in the back of a furniture van, we were sat on the settee in the back of the van looking out on the A1.

John – I don’t know whether there was a culture shock, but the ‘Geordies’ did tend to stick together.

Michael – we couldn’t get used to ‘me duck’ when we first heard that we were definitely confused. 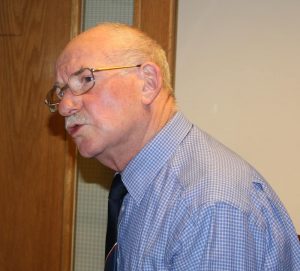 My name is Malcolm Brian Howarth and I was born on the 7th October 1939.  I was born in Mansfield.  When I was 4 year’s old my father was killed in Glapwell Colliery in Derbyshire.  People ask why did we live in Mansfield and your father went all the way to Glapwell, Derbyshire to work and it was all to do with the 1926 strike.  He couldn’t get a job in Nottinghamshire, the only place they would set him on was at Glapwell and sometimes because there was not much money about, he had to walk it.  But in 1943 he was killed, which left my mother with three boys.  I was the youngest, I was 4, then there was my brother Barry and he was 8, and then I had brothers who were in the pit who were in there 20s.  So it was a difficult time for my mother and I can always remember, although I was only 4 we sat there and a knock came at the door and the Union officials came from Glapwell Colliery and the Police and I can always remember them saying that my father had been killed that afternoon.  So it was a very strenuous time for us then.  My mother got a job cleaning at Barringer’s, Metal Box, which left my brother then more or less to manage me, whilst she was at work.  So it was a very traumatic time. 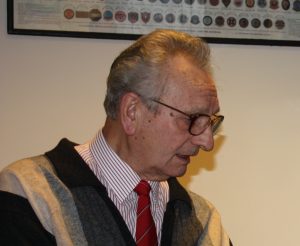 My name is Geoff Peace and I was born on the 5th November 1933. I left school and I started Blidworth Colliery in October 1948, where I worked on the surface until after Christmas.  After Christmas we went to the Technical College, which was on Chesterfield Road at the time, which was a system set up by the Coal Board for all new recruits coming into the Industry whereby it could be explained to these new young lads, like myself, about the intracacies of mining, ventilation, etc., and some intelligence tests were done.  I went back to the pit and I went underground and I worked on the haulage for about a year.  I was eventually offered a craft apprenticeship and I took a craft apprenticeship to become a mechanic.  In 1957 I finished my training and became a fully qualified mechanic.

During that time I had a brief interest in the trade union movement, in as much as when the colliers at Blidworth were in dispute, everyone was in dispute.  So many times we walked out of the pit when the colliers were in dispute, bearing in mind that the industry had only been nationalised for about a year and there were still the same old managers in the colliery and still the same old system for producing coal and there were a lot of things that still had to be sorted out. 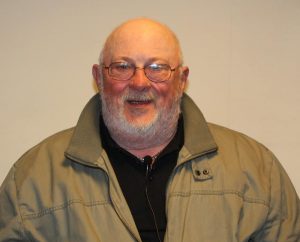 I am Kenneth Petney and I was born in Robin Hood Road, Blidworth, 27th December 1945.  I have lived in this area all my life, for 67 years.  I went to school at Robin Jones School at Blidworth from the age of 5 to 15, when I left to go to work. I was with the same pupils, mates, lads out of the village, all the way through school. I left school when I was still 14 because my birthday wasn’t until Christmas Day and I left school and went straight to work because there were more jobs in those days. So you left school and went straight to work and I went to work at Mansfield Brewery, on Littleworth. It was just a job that came up, I just happened to see the vacancies and went and got the job straight away and started straight away.  I worked there for 8 years and then we had a child come along, me and my wife, and because it was expensive to keep your fire and heating going, plus bus fares back and forth to Mansfield, I decided to try and get a job at the pit.  It was better because I could walk to the pit, there were no bus fares to come out of my wages and you got your coal, which was a big bonus.  The only down side of it was going down the pit, and working in horrible conditions, but otherwise it was alright.  The men were brilliant company and if you were out of the pit, you could always go to somebody and have a word and they were always there to help you. 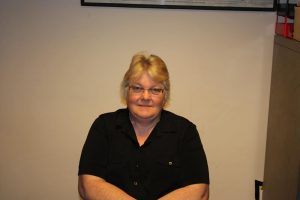 I am Yvonne Woodhead and I was born on the 29th March, 1950.  I was born in Blidworth in a three bedroom house and I was the third child born into our family, but the first child born in that house, at No.1 The Crescent, in Blidworth.  It was straight opposite the pit, so there was no problem when me Dad was late for work, he rolled out the front door, cross the road and he was in the pit yard.  He didn’t have any problems, but we took all the noise, all the traffic, 24/7, deliveries to the pit and the 10 minute bus service.  It must have been an absolute nightmare, but we never noticed.  I was born to it, so you saw it more than you heard it, till visitors came and they said “what’s that noise” – and we would sit trying to hear a noise and couldn’t hear one.  That was our ‘norm’ – but it was a noise to everyone else.  And then when they put grease on the hawsers on the pit wheels, the grease used to fly into our windows and you couldn’t clean it off.  My Dad used to get an extra payment from the pit, to buy special stuff to clean the windows.  Nobody else had that problem, but we faced the headstocks.